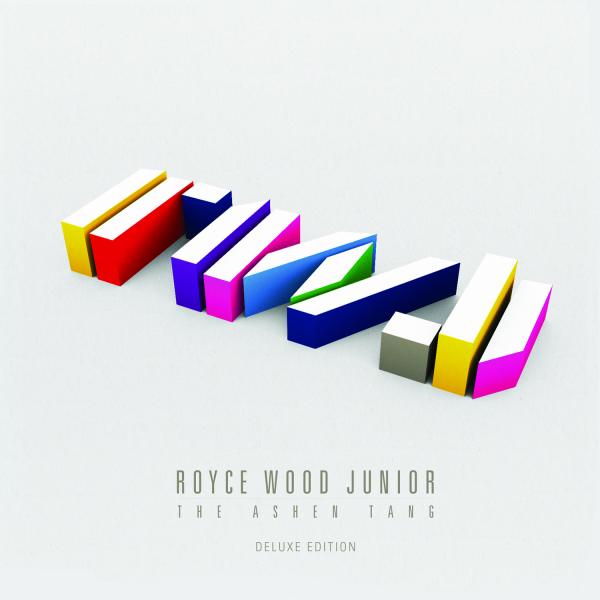 ‘The Ashen Tang’ beautifully incorporates elements of nostalgia with modern, multi-layered pro-duction that perfectly characterises Royce’s unique sound. Combining a distinctive mix of soul, funk and R&B, Royce’s debut evokes the sounds of R&B heroes Prince, D’Angelo and Stevie Wonder. The album is also infused with spikes of wonky electronica that brings to mind Radio-head or J-Dilla, effortlessly bringing together these genres into jaunty and harmonious pop songs.

The moonlit, soul stomper ‘Midnight’ (January 29th, 37 Adventures) will be the next single to be taken from ‘The Ashen Tang’. The track is an ode to that strange twilight hour where one day ends and another begins and yesterday’s mistakes can be erased, or at the very least slept on. Built around a skewed garage beat, wobbly synths and shuffling percussion ‘Midnight’ perfectly demon-strates RWJ’s distinctive, understated bluesy voice, combing unique, woozy electronic sounds with a familiar soulful backdrop.

‘The Ashen Tang’ is not short of RWJ’s world of electronic, genre-bending soul jams. Whether it’s the playful, piano led mood-lifter ‘Clanky Love’ or the gloriously fuzzed out, guitar-heavy wonky R&B single ‘Honeydripper’, ‘The Ashen Tang’ is a remarkable debut from someone who has been honing his craft working behind the scenes for a number of years. First gaining attention with the soul-swooning co-production of Jamie Woon’s debut album ‘Mirrorwriting’, Royce’s profile con-tinued to rise producing tracks for BBC Sound Music poll topper Kwabs, before co-producing the likes of R&B/soul ingenues Nao and Denai Moore. Royce has undoubtedly proven his musical credentials that confidently shine through on his debut album.

The Deluxe Edition of ‘The Ashen Tang’ will also feature three new songs, Love’s a Lonely Town, Ophelia and Don’t Wanna Lose You. ‘Love’s a Lonely Town’ was written in what Royce de-scribes as a ‘really grimey, super lonely period of isolation living in a recording studio in Brighton’. Recorded during the same sessions as previous single ‘Honeydripper’, it features similar squelchy, gloopy sound textures, but is the opposite side of the coin - the heartbroken, melancholic relation to ‘Honeydripper’s’ molten lust. ‘Ophelia’ (available as an instant grat track with pre-orders of the album) is both deeply personal and epic in ambition- it’s major chord structure and fragmented, rave influenced keyboards belying a song that is both beautiful and fractured, bringing Royce’ love of songsmith Rufus Wainwright and Radiohead to the fore. The three new tracks on the Deluxe Edition are completed by ‘Don’t Wanna Lose You’, a cover of Grand Central Records’ underground classic of the same name by Toni D and Veba.

An exceptional future classic debut from one of the UK’s most exciting new artists, ‘The Ashen Tang’ by Royce Wood Junior is due for release on January 29th, 2016 on 37 Adventures.